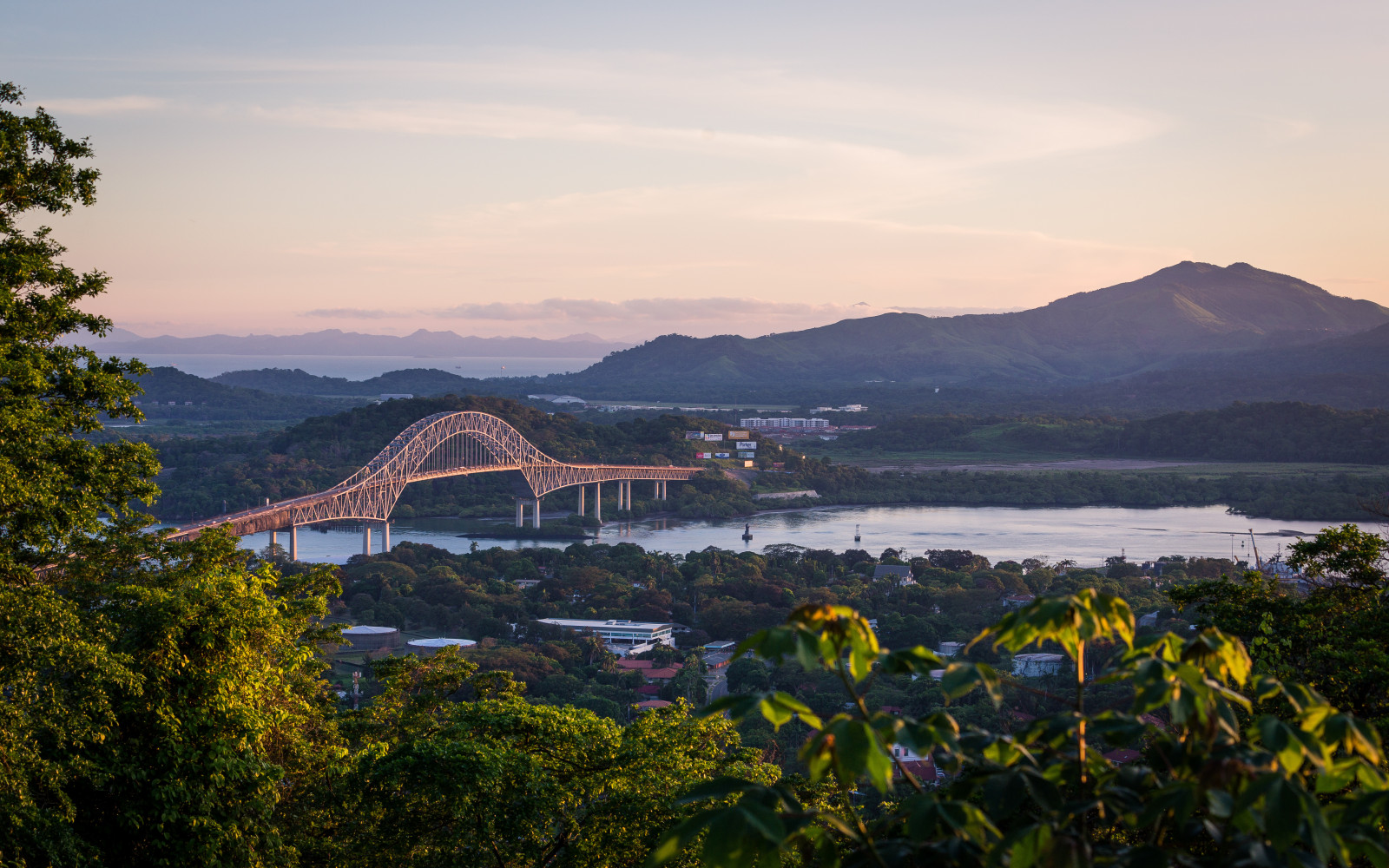 Join AAA Central Penn and Holland America on this 14NT Panama Canal Cruise from San Diego to Ft. Lauderdale on the Zuiderdam! 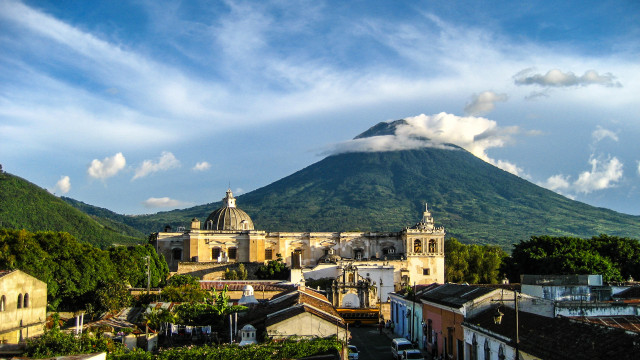 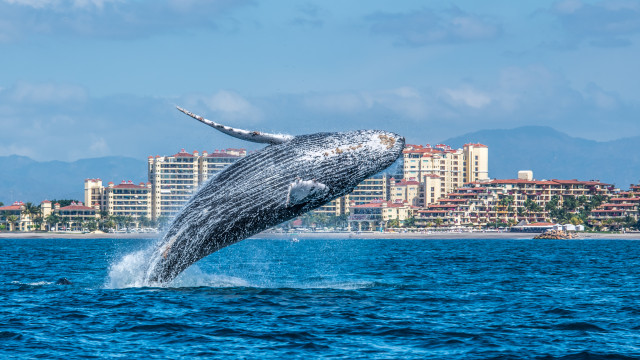 All non-members must add $60 to the above rate.

*Airfare is currently not included in the price of the trip. Airfare will be added when rates and schedules become available.

Unique compared to Acapulco, Cancún, Zihuatanejo and several other coastal resort towns in Mexico, many of which were created by the government as planned communities, Puerto Vallarta ("PV" to locals), on the Pacific Ocean, retains quite a bit of its colonial-era charm. Its town square, Plaza de Armas, and the gorgeous parish church of Our Lady of Guadalupe, topped with an ornate crown and overlooking the port, serve as the loveliest representations of bygone ages.

While on your Puerto Vallarta cruise, you will travel alongside these echoes of the past and more modern attractions, including an ambitious public art project along the seaside walkway and trendy restaurants such as La Leche, serving contemporary Mexican cuisine. Round these out with plenty of fun-in-the-sun outdoor activities on and along Banderas Bay (whale watching, snorkeling and jet-skiing), excursions that reveal the best of Puerto Vallarta's flora and fauna, and a side trip to one of Mexico's pueblos mágicos (magical towns, a designation conferred by the government to recognize smaller towns that possess historical and cultural value), and you'd be hard-pressed to find a more pleasant place to spend part of your cruise to Puerto Vallarta.

Huatulco, situated on Mexico's Pacific Coast in the state of Oaxaca, has nine bays and 36 beaches, offering more than enough opportunities for fun in the sun. The most popular beach is La Entrega, with clean white sand and calm waters, perfect for snorkeling and swimming, or just relaxing. But Huatulco's attractions aren't limited to sand and surf. There are also archaeological sites to explore, rivers to raft, and waterfalls whose pools invite childlike splashing. Bird lovers will find Huatulco to be especially captivating. The region is home to more than 225 bird species, including many rare ones and a number that are endemic to Mexico, like the Colima pygmy owl and the wildly colorful, orange-breasted, bunting and citreoline trogon. Also, the state of Oaxaca has some of the most iconic dishes in Mexico's culinary repertoire.

Puerto Quetzal is Guatemala's largest port on the Pacific Ocean side of this Central American country, important for both cargo and cruise ships. Puerto Quetzal is an ideal point of departure for exploring several corners of the country. Choose your mode of transportation from plane, bus, car, or boat, and decide whether you want to take in Guatemala's stunning, volcano-studded landscape, one of the country's Maya sites, the UNESCO–recognized colonial city of Antigua (the former capital), a coffee plantation, or one of the many beguiling bodies of water. In addition to the gleaming Pacific, there's Lake Atitlán, which 19th-century German explorer Alexander von Humboldt described as the most beautiful lake in the world. All these attractions are accessible as day trips and getting to them is all part of your Guatemalan adventure.

As a travel destination, Nicaragua remains below the radar for many Americans, despite a recent surge of media interest in this Central American country. One of the region’s most politically and socially stable nations, Nicaragua has been billed as the next great spot for eco, cultural, and culinary tourism. Adventurous guests keen to experience its charms are rewarded richly for their efforts. The country’s most visited cities are Managua (the capital), Granada and León; the latter sits near the Pacific Coast. Corinto is the nearest port town, just northwest of León and along the route to the Panama Canal Zone. It offers many of the charms of the larger cities, including their colonial-era architecture, as well as several cultural and ecological attractions in surrounding areas. Given the port's proximity to León, it’s easy for cruise passengers to take a day trip to this beautiful city established by Spanish conquistadores in 1524. While there, be sure to sample the traditional dish called vigorón, a hearty plate heaped with pork, boiled yuca and cabbage salad.

One of the stops along the Panama Canal Zone route, Puerto Caldera on Costa Rica's Pacific Coast is within an easy day-trip distance of the country's multiple national parks. The town itself is small but makes for an ideal base from which travelers can venture out to explore the variety of this Central American country's outdoor attractions and activities. These include snapping photos of gushing waterfalls (and swimming at the base of one), sightseeing near active volcanoes, birdwatching in nature reserves and sanctuaries and horseback riding on Pacific beaches. Visitors to Puerto Caldera and the surrounding region also enjoy shopping for handicrafts that local artists sell at their cooperatives, as well as sampling traditional Tico cuisine, especially gallo pinto—a combination of rice and beans eaten at any time of the
day or night.

Its official name is Cartagena de Indias, meaning "Cartagena of the Indies,” but is called Cartagena for short. The formal name hints at this Colombian city's colonial relationship with Spain. It was founded in 1533 and named after the mother country's Cartagena. Colombia declared independence in 1810, but there's plenty about its fifth-largest city that evokes old Spain, including the impressive fort of Castillo San Felipe de Barajas, and the wall that encloses the old town, one of the few intact structures of its kind in the Americas. Both were considered important enough to inscribe on UNESCO's list of World Heritage Sites in 1984. They may be historical artifacts, but the fortress and wall aren't merely tourist attractions; they are central to daily life here. Along with history, there's cultural and culinary intrigue here, too. This colorful city was a muse of the late Nobel Prize–winning writer Gabriel García Márquez and is increasingly being recognized outside Colombia for its cuisine, which takes many cues from Caribbean ingredients. Don't leave without trying the coconut rice.

Tour Activity Level: 2
This tour requires average physical activity. You should be in good health, able to climb stairs and walk reasonable distances, possibly over uneven ground and cobblestoned streets.

*Please see your Travel Agent to reserve your choice of shore excursions.*

Itinerary is subject to change at any time without notification and/or compensation.

Original, signed passport valid for 6 months beyond stay, and with at least one blank visa page for visa stamp(s).

Deposit of $600 per person/$1200 per cabin will confirm your reservation. Final payment is due to AAA by October 18, 2021.
Solo Travelers Rewards Club maximum voucher redemption: $100

Deposit date to day of departure $25 per person, plus…

*Airfare is non-refundable after final payment

Air arrangements are handled by the tour operator. Seat assignments cannot be confirmed until the tour operator releases names to the airlines 30 days prior to departure. Specific seat requests cannot be guaranteed. Some flight schedules may contain code share agreements.

Temperatures for this region in February average in the high-80s with cooler evenings. Daytime casual clothes and comfortable walking shoes are recommended. Evenings require smart casual or semi-formal attire, with two formal nights.

Two suitcases per person will be allowed. You may also bring a small carry-on bag small enough to fit under your seat. Airline baggage fees are not included in the price of the trip. Baggage fees and other charges may be directly assessed by airlines or airports.

For personal comfort, group participants who need assistance are required to have a traveling companion who is capable of and totally responsible for providing the needed assistance.

Please read this notice, it constitutes part of your contract for travel-related services.
AAA TRAVEL is acting as a mere agent for SUPPLIERS in selling travel-related services, or in accepting reservations or bookings for services that are not directly supplied by this travel agency (such as air and ground transportation, hotel accommodations, meals, tours, cruises, etc.). This agency, therefore, shall not be responsible for breach of contract or any intentional or careless actions or omissions on part of such suppliers, which result in any loss, damage, delay or injury to you or your travel companions or group members. Unless the term "guaranteed" is specifically stated in writing on your tickets, invoice, or reservation itinerary, we do not guarantee any of such suppliers’ rates, bookings, reservations, connections, scheduling, or handling of personal effects. Travel agent shall not be responsible for any injuries, damages, or losses to any traveler in connection with terrorist activities, social or labor unrest, climatic conditions, abnormal conditions or developments, or any other actions, omissions, or conditions outside the travel agent’s control. Traveler assumes complete and full responsibility for, and hereby releases the agent from any duty of, checking and verifying any and all passport, visa, vaccination, or other entry requirements of each destination, and all safety or security conditions at such destinations. For information concerning possible dangers at international destinations, contact the Travel Advisory Section of the U.S. State Department. For medical information, call the Public Health Service. By embarking upon his/her travel, the traveler voluntarily assumes all risks involved in such travel, whether expected or unexpected. Traveler is hereby warned of such risks, and is advised to obtain appropriate insurance coverage against them. Traveler’s acceptance and retention of tickets, reservations, or bookings after issuance shall constitute a consent of the above, and an agreement on his/her part to convey the contents hereto to his/her travel companions or group members.

Don't miss this getaway on the Rhine River!