9 Castles to Visit on Your Trip to Scotland

Scotland’s thousands of castles are historical marvels. While some are ruins standing in silent testimony to a turbulent past, others still thrive as family residences, with beautiful gardens and rich collections of period furniture and paintings. Castles offer special glimpses into Scottish heritage and history – and AAA Travel can arrange a vacation that will take you to many of Scotland’s finest. Here are a few of our favorites:

Edinburgh Castle
Edinburgh Castle looms majestically over Scotland’s capital city, perched upon a giant volcanic rock. An ancient stronghold, there has been a fortress here since the Bronze Age, and the oldest surviving castle building dates from the 11th century. The castle today houses priceless treasures including the Scottish Crown Jewels. It also holds the Stone of Destiny, the ancient symbol of Scotland’s monarchy, used for centuries in the inauguration of monarchs. No visit to Edinburgh is complete without a tour of this fascinating icon of Scottish history.

Blair Castle
Blair Castle is most notable for being the home of Europe’s last remaining private army, the Atholl Highlanders. This castle in Perthshire in the Highlands has been home to 19 generations of Stewarts and Murrays of Atholl. Visitors can view more than 30 rooms, loaded with Scottish heritage, period furniture, family portraits and landscape paintings. See the Victorian Ballroom and its 175 pairs of antlers, weapons from the Battle of Culloden in the Entrance Hall, and grandeur of the Drawing Room and State Dining Room. The castle grounds are magnificent, featuring nine acres of walled gardens of Georgian design, featuring a Chinese bridge, gothic folly, and a sculpture trail.

Inveraray Castle
Inveraray Castle, 60 miles northwest of Glasgow on Scotland’s west coast, looks like something straight out of a fairy tale. One of the first buildings to be designed in the Gothic Revival style, the castle was built in the 1740s. Its romantic appearance boasts round towers, arched windows, and an enchanting interior. Downtown Abbey fans may recognize it as the setting for the 2012 Christmas episode.

Brodie Castle
Rose-colored Brodie Castle has been the ancestral home of the Brodie clan for over 400 years. The castle is home to a splendid collection of furniture, paintings, and ceramics. The library has more than 6,000 volumes. Time your visit right in the spring and you’ll be treated to a magnificent display of daffodils, with over 100 varieties in bloom. At any time of year, you can see the Playful Garden, home to a fascinating menagerie of characters, including Scotland’s biggest bunny sculpture.

Dunrobin Castle
Dunrobin Castle tops many lists: it’s the most northerly of Scotland’s great houses, its 189 rooms make it the largest in the Northern Highlands, and it’s one of Britain’s oldest continuously inhabited houses – dating back to the 1300s. The formal gardens were inspired by those at Versailles, and the castle was renovated in the 1800s to resemble a romantic French Chateau.

Mount Stuart House & Gardens
Mount Stuart is a magnificent Victorian Gothic manor house on the Isle of Bute. This architectural wonder was built in the late 1870s for the third Marquess of Bute, a wealthy man with varied interests in history, astrology, archaeology, industry, and philanthropy, The house has a richly decorated interior, including a stunning marble hall with 80-foot ceilings and tiers of Gothic arches, and a white marble chapel. It’s surrounded by 300 acres of meticulously maintained gardens and grounds.

Eilean Donan Castle
Eilean Donan Castle is one of Scotland’s most majestic and iconic images. Surrounded by spectacular scenery, the castle sits on an island where three great sea lochs meet. Eilean Donan means “Island of Donan” and it’s named for a 6th-century Irish saint, Bishop Donan, who formed a community on the island after arriving in Scotland in 580 AD. The first version of the castle was built in the 13th century - after laying in ruins for 200 years it was reopened in 1932. Touring the castle allows you to view Jacobean artifacts, fine art and period furniture, and intriguing weapons displays. It’s been the setting for many films including “James Bond: The World is Not Enough”.

The Palace of Holyroodhouse
The Palace of Holyroodhouse stands majestically at the end of the Royal Mile in Edinburgh.  The official residence of Queen Elizabeth in Scotland, the Palace was also the home of Mary, Queen of Scots, and the setting for many of the dramatic episodes in her short reign. Visitors today can explore 14 splendid historic and State Apartments which are used regularly by The Queen for official entertaining, and lovely royal gardens.

Urquhart Castle
Urquhart Castle on the edge of Loch Ness was once the greatest castle in the Highlands. Today its ruins offer the visitor wild natural beauty, dramatic tales, and many artefacts from its 1,000 years of history. The Irish saint Columba worked miracles here in the 6th century, and the castle stood until it was abandoned by its defenders in 1691. Today it’s known as one of the most frequent spots for sightings of Nessie, the Loch Ness Monster!

No matter which castles are on your wish list, a AAA Travel Agent can help you get there. 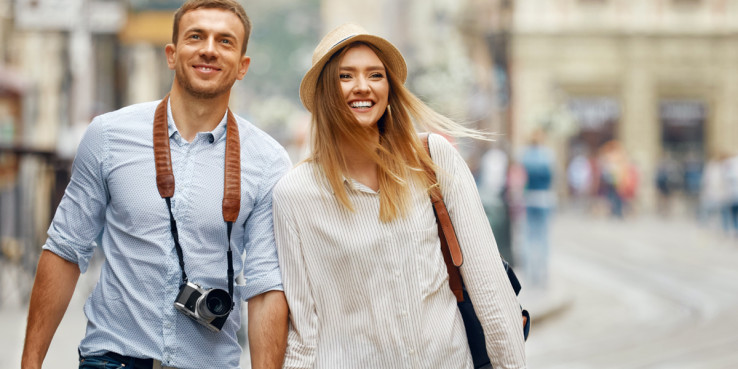